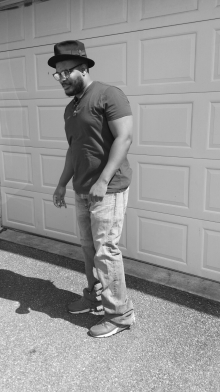 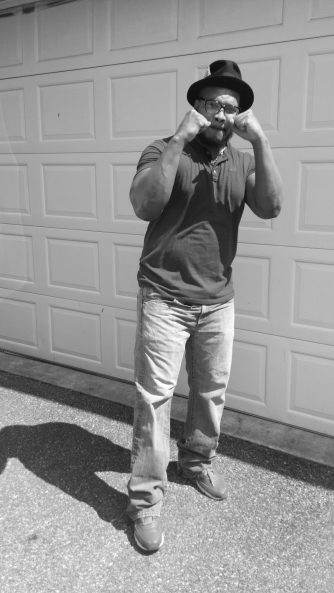 Someone today asked me a question that I’ve been hearing my whole life. Why don’t you smile? She was sitting in a chair on the porch with company. I look up at her mean mugging and kept walking.

Why don’t you smile? I’ve been like this since a child. I grew up in a family that was very wild. I never had a chance. Walking around with my fists balled up. The person that was supposed to protect me always beat me with a thick belt or his hands. So tell me how could I trust another woman or man. I’ve had challenges my whole life. Moving from apartment to apartment even some times at night. I never could make friends manifesting my anger within. From the apartments to different schools to different streets I dealt with heat and shady folk wanting to beef. Fist fights, shoot outs in my teenage days. My life could have been lost in a blaze. No matter how much I hurted I never received hospital service. Flash backs from shell shocked bad boulevards and blood stained candle light visuals left on the blocks. Some times it mentally and physically hurt to walk past some spots. Thoughts of close friends whose lives tragically came to a end. Often days and months in and out. I’ve witnessed many deaths and had many tests in life. So over time my experiences became my facial expressions. From jail to jail causing my life to derail. Some days were bad and some worst. There were some good days,  but just more bad than good. Then I met a women who I thought loved and cared for me. In the very end of some relationships I just would find out there sneaky and immature…. Need I say more…. that was just the beginning….

Why don’t you ever smile….. Hmmmmn…. I don’t know. Maybe because my portfolio is filled with a horror show…. That never ends… I don’t know…

Rare… Not to be confused with anything other.

One day you will be the mother of my…

The attraction is always greater than never less.

Your words alone can carve a stone heart in to a statue of a loving man.

You will not be a dream…

Adding the coal from a sweet soul to my buning yerning furnace.

To stay resurrected and never corrected.

Even if you were Ralph you couldn’t wreck it.

You’re so much more than rare.

Under cover plain cloths police were on their way to a apartment to serve a warrent for his arrest.

The officers weren’t wearing their police chain link badges outside their shirts as required by their superiors. They didn’t even look like cops.

They drove up to the apartments and hopped out there un-marked vans and cars in loads try to wash their so called dirty laundry.

On the other hand… The supposed suspect herd noises outside so he got up and peaked out of the blinds on the window and he saw a bunch of men with guns.

He tured from the window blinds and said to his lady friend who’s apartment belonged to her “who is all of these motha fuckaz out side?”

The plain clothes officers that were dress like stereotypical thugs with backwards hats and baggy jeans.

Ya…. Not much fashion sense but in there defense it was the year 2000 and this was common.

The plain clothes officers advanced to the apartments door where the suspected target was.

Two minutes later gun fire erupted like a volcanos in Chile. The supposed suspect didn’t know if the men running up to the apartments door where trying to kill or rob or worst to him and his lady friend.

They didn’t at all look like cops! The officers then started exchanging gun fire with the supposed suspect like misinformation.

Bullets ripping back and forth putting holes through the air smacking the glass windows and the walls and doors of this apartment.

Did these officers even think?!

There could had been children or animals in this women’s apartment.

But I really don’t think they even cared since they started shooting first. The supposed suspect had his two .45caliber autos squeezing there triggers rapidly like they were his first love.

The officer then stood over the suspect and shot him 12 times while he lies on the ground in cuffs screaming helplessly.

The suspect was denied medical treatment till hours later….

Then they took him to central booking for processing.

Now! Did I mention that he didn’t know these were officers.

Oh ya! That’s right! There is no self defense law for black people. Your ass is going straight to jail no matter what the situation is.

What would you have done in this situation?

How would you have handled it?

Men dressed like goons running up to your house with no badge shown. With regular cars pulling up to your where abouts. Not announcing they’re officers.

How would the situation gone with you?

There are still peaces of me that want to make my enemy’s bleed. Fragments of the fragment of your imagination that you picked up and thought I was of a weak breed.

Don’t make me pull this knife out of my sleeve or just break your jaw leaving the pieces flying like hurricane debris. Sometimes I still feel like I’m a young buck again and I can take over corners like back in the early 2000. All the money in my pocket is dead like the mens faces on them.

I might have changed realizing I must over come my past life by every inch of gains. When I think of all the lives lost and close friends and associates that all have life sentences. I think to myself knowing God put me here for a valuable reason. I never will go get the past or even those promises made. I going to continue to walk forward leaving my old days and bad days like I graduated to the next grade.

More wet kisses please… That’s my cup of sweet tea. Please me with every inch of your juicy begging lips.

I don’t care if there is lip stick or lip gloss pardon my smarts. I want those kisses that I faught for. A bright sun filled window opens my eyes to your blissfull kisses of rich loads.

I unload kisses back all around your navel while you lay for me able and willing to transform my hopeless romantic heart into Christmas eve.

This time I’m the child that got all the presents I asked for. Your presents is all I ever wanted in a women shining like my three gold teeth. My kisses tickle your chin with my goatee.

My dearest sweet kisses to my misses. I won’t miss this. I love it!

I’m fresh out of the house of corrections. Back up on the block. Dodging torpedoes and the crooked time out.

Thugged all the way out. With gold teeth shining almost blinding. It should be a crime how fly I am right now.

Beef and broccoli timberlands. Brand new unlaced so they won’t choke. North Face jacket with hard plastic in my pocket.

Boot cut jeans. I couldn’t do that tight skinny jeans shit! My brown and green sweater from old navy.

My brown gap hat with courage imprinted on the front. Cell phone going off on my hip equals more money.

I was 22 or maybe 23. Somehow I must have known magic. I litterally made a quarter million disappear. I ain’t going to lie though… Somehow I miss those days when all of my guys were here.

We took a picture that day. It was 32 of us. If I could take that picture now. There would be (not including me) there would be only six of us…….

I guess death and permanent incarcerating knew magic too. I kind of Miss those days when we would all walkthrough the streets 30 deep.

We stopped cars walking to the gas station. I miss my guys….

You’re giving me a headache over what another man did. Please get away from my ears with all of your loud talking pears.

On your cell phone constantly. Face booking off wasting time on other people’s lives instead of living your own.

Gossiping all the time about stuff in other people’s relationships and your neglecting your own.

You have 1000 pictures on Instagram and a lot of them half naked showing off your Christmas hams. Then You get mad at all the good and nasty comments said. Even when you get a D pic sent through the air. Then all of the sudden you want to turn feminist. Please stop giving women’s rights a bad stair.

Your attracting a lot of bad attention. Have some respect for yourself and your name that I wont mention.

Wake up my sista…

I don’t want to hear it…

I want it shown so I can feel it…

My goose bumps crave your soft spirit. When you gave your heart to me… It was wrapped in red ribbons. Making me feel like a kids early school dismissal.

Even if we talked seconds ago. Time is conserved mainly. I napalm for your charm. My D.N.A. is most wanted and dangerously armed. Surrounded by all types of scandalous drama fueled piranhas..

Nipping at me for all the wrong reasons till the dawn of….

The amazing never ever had. Now having the one….

You’ve stepped in fire too much.

Burning your body up over and over.

You were drawn to it like late night campers.

The only horrific story that was true was…

How you are addicted to unhappiness!

Kissing the Burrell of everything will be alright.

It will never be!

You layed down with it.

Comfortable with the same agitated tunes on the old guitar

All while riding in the same car of choas.

Screams that you’ve heard in your head but you ignored.

Your life is torn to peaces….

You can never pick them up and put them back together!

Cutting your Hands with those shards….

You thought it would work every time…

You kept cutting your hands deeper and deeper…..

Watch as all the plans you have of happiness burn and be destroyed!

This whole wild fire will never be tamed…..

I’ve played for the red team since 14. When the cops came for us. They would bring in small tanks and swat teams.

Lined us up on walls like book shelves. Violation of rights when we were kids. Till we became grown males.

Then we wasn’t having that shit!

I ain’t going to lie! They were more ruthless than the dudes.

Shooot! There was no win or lose. Structure and obedience was formed strong while we paid dues.

We crowded up the prison systems like the bad aroma of chitlins. Riots from mistreatment. Watching cell blocks burn like it was tradition.

Escalator moving up the ranks quickly. Till I became top dog in the pound. I guess you could call me a blood hound.

Or maybe a pitbull barking loud sounds. Uncontrollable arts and crafts on side walks and stop signs.

Territory marked up by following Sun Tzu’s guide lines. I guided all minds to be true.

Always have your brother or sisters back marching throughthe streets. Malcolm X by any means.

You can agree or disagree. Fine by me…

My soldiers will steady mob till we ever shall fall under siege by anything. You don’t have to like me at all.

The red team will always be ready to play ball.